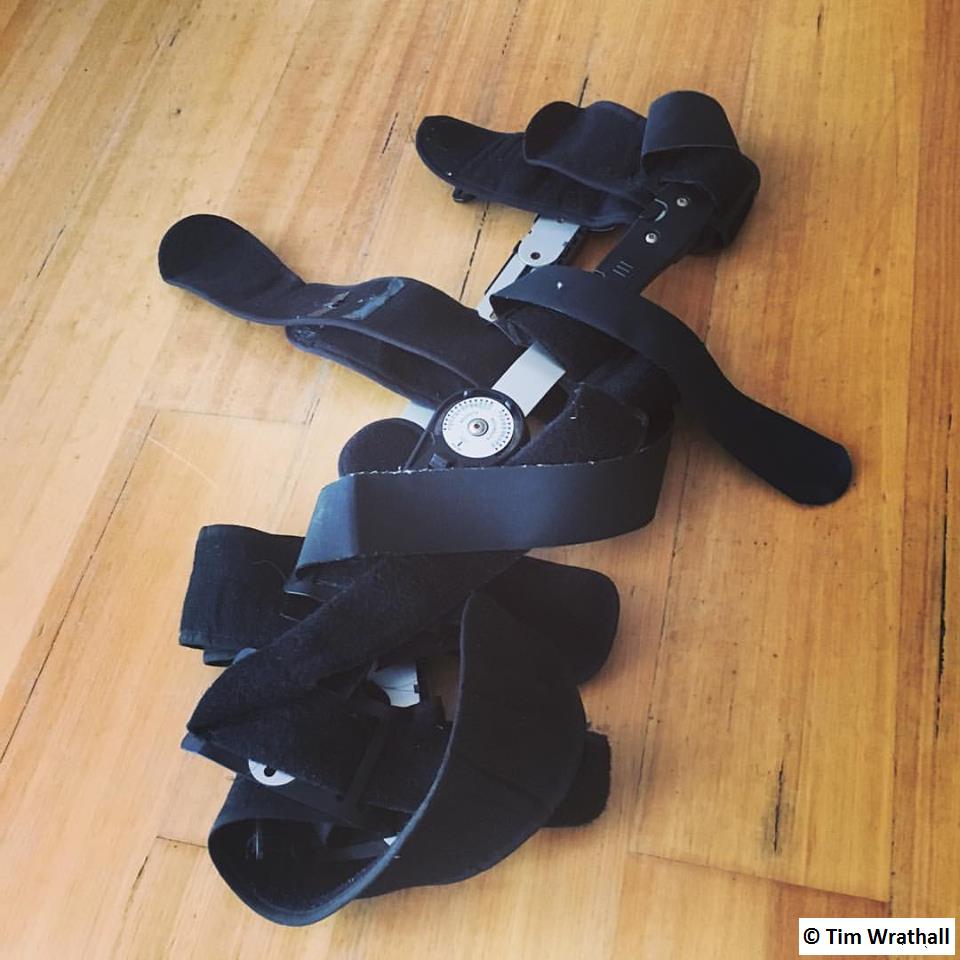 So, it’s been a while between posts.  Fair to say that a lot has happened in that time.  Felt like I needed a reboot.

What’s happened to me?  Here’s a quick summary, in no particular order.

I got out of my leg brace.  After three months!  Here lies the remanents of the very use brace.  It’s fair to say I was VERY excited to finally rid myself of the brace.

It came off just in time.  No more than five days out of the brace, and uninhibited by crutches, I was lucky enough to present the Horan-Little shield at the Rising v Rams match, on behalf of the Rugby Australia and Green & Gold Rugby.  Sadly my team lost, but it was a thrill to present to a former Rebels Player, Paul Asquith. 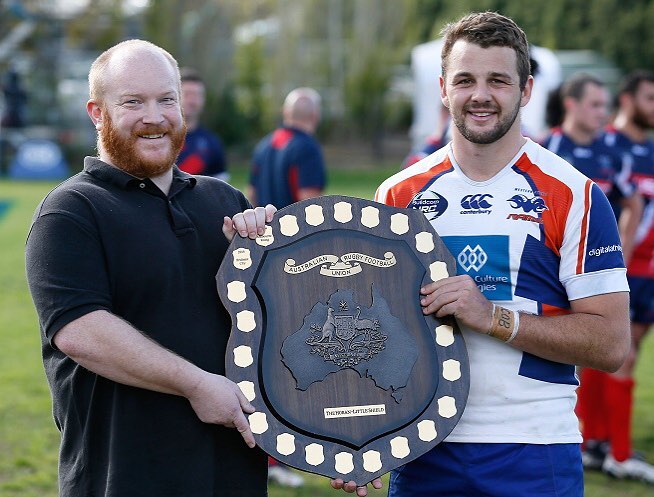 Handing over the Horan-Little Shield.

After two years at Yarra Valley Water, I resigned to take up a new position at EnergyAustralia.  For me, the opportunity to work in a larger corporate environment on a variety of retail projects was very appealing.  I’ve been here for 11 months now and still loving it.

So, how does a reboot feel?  Easy – fantastic.  More updates to come.